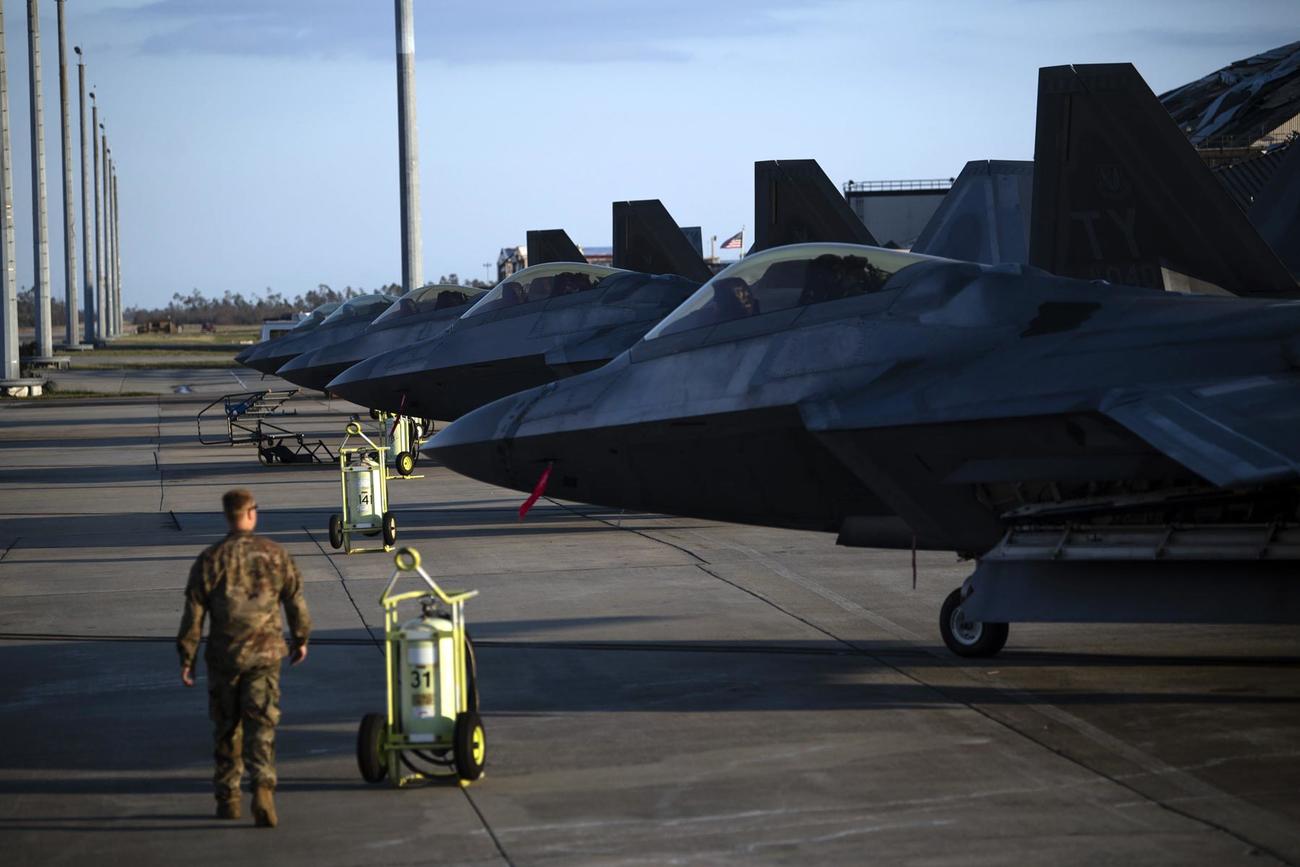 A group of Virginia lawmakers wants F-22 Raptor fighters that were transferred to Eglin Air Force Base, Florida, from Tyndall following Hurricane Michael to be permanently relocated to Joint Base Langley-Eustis.

“Beyond the existing ramp space and infrastructure at Langley that would allow it to quickly receive aircraft at minimal additional cost, a decision to move the F-22 FTU to Langley would leverage a number of key benefits that Langley and the surrounding areas have,” the lawmakers said in a statement Friday. “The Hampton Roads area has a long history of supporting our nation’s military and their families, and would provide strong recruiting and retention ability.”

Following Hurricane Michael, which damaged most structures at Tyndall as well as dozens of stealth jets, the Air Force moved its remaining F-22 fleet, dividing the aircraft between Langley-Eustis; Joint Base Elmendorf-Richardson, Alaska; and Joint Base Pearl Harbor-Hickam, Hawaii.

Eglin, located roughly 60 miles from Tyndall in the Florida panhandle, also took some of Tyndall’s F-22s and T-38 Talon trainers. The Raptor schoolhouse for pilots, as well as maintenance operations, have been relocated to Eglin.

The lawmakers said moving the F-22s from Eglin to Langley-Eustis would give more missions to the Virginia base, which is currently “underutilized,” they said.

“Moving the F-22 FTU would advance an important recommendation put forward by the Government Accountability Office, which has emphasized the need for improving aircraft availability by consolidating the fleet into larger squadrons or wings,” the letter states.

Last July, the GAO said the F-22 is rarely employed to its fullest potential, due to maintenance challenges and fewer opportunities for pilot training, as well as the fleet’s inefficient organizational structure.

The lawmakers offered other reasons why they think the move makes sense.

“The Virginia Air National Guard stands uniquely positioned to support the FTU, with experienced instructors and maintainers well-versed on the platform,” they wrote.

“The East Coast Mid-Atlantic training ranges provide an excellent opportunity to train with other 4th- and 5th-generation aircraft in the region,” the letter continues.

The lawmakers’ effort comes as the Air Force is weighing moving three squadrons’ worth of F-35 Joint Strike Fighters to Tyndall in the near future.

Trading F-22s for an F-35 mission at Tyndall would boost the number of F-22 aircraft in other parts of the country — as the GAO recommended — allowing units to consolidate their 5th-gen fleets. Squadrons would have the opportunity to plus-up their operational F-22 squadrons from “21 to 24 assigned aircraft,” Air Force officials said in December.

The lawmakers on Friday said reshuffling the jets would be a strategic move. “We ask that you give full consideration to Joint Base Langley-Eustis as a host to this mission,” they wrote.