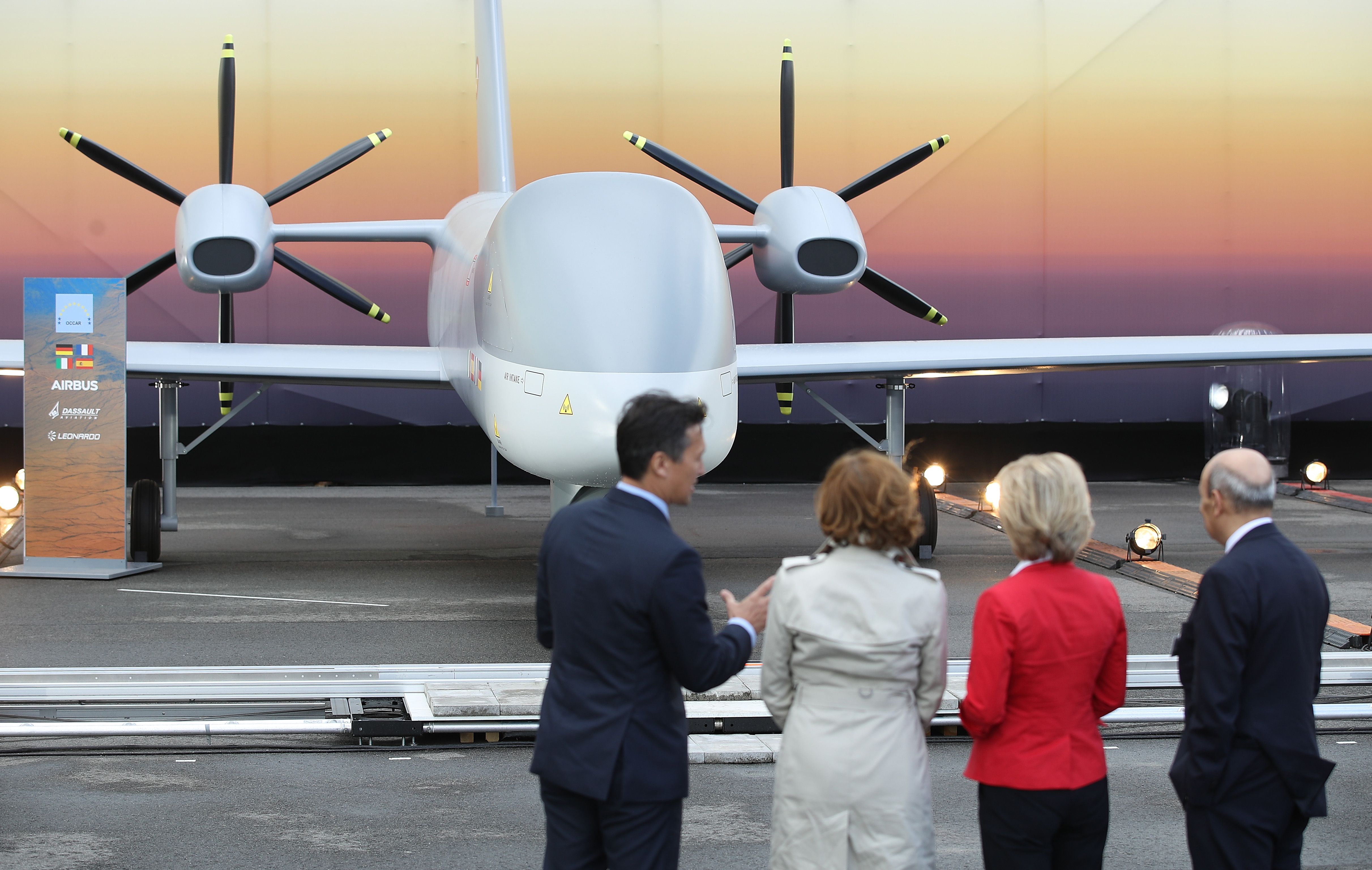 COLOGNE, Germany – German Defense Secretary Annegret Kramp-Karrenbauer says she would continue to push for armed drones in the Bundeswehr, after lawmakers this week insisted on keeping the Franco-German “Eurodrone” weaponless for now.

The parliamentary budget committee on April 14 allowed the program to proceed with two caveats: The defense ministry is not authorized to purchase ammunition for the unmanned aircraft, and there can be no “tactical weapons training” for system operators, lawmakers wrote.

The decision comes after Social Democrats (SPD), the junior partner in a coalition government with the CDU, signaled their blanket disapproval of weaponized drones. The center-left party has argued that ethical considerations have yet to be fully discussed despite a public campaign by Kramp-Karrenbauer’s defense ministry towards that end last year.

Writing on Twitter on April 16, the defense minister thanked lawmakers for allowing the Eurodrone program to proceed, a key stepping stone in the German-French alliance that’s meant to lift the European Union’s defense capabilities in the coming years.

At the same time, she stressed that she would continue to campaign for weaponized drones used to protect German forces.

The debate has dragged on here for years, fueled in large part by U.S. drone strikes against terrorists in Afghanistan and Iraq that were seen as indiscriminate. The Bundeswehr has argued targeted killings would never be a mission for German drones, saying the weapons would fire only in defense of ground forces.

Defense officials must tell parliament about cost developments twice a year, starting in January 2022. In addition, lawmakers want to see in those reports data on workshare packages being performed in Germany, as agreed in an eventual contract.

Cross-referencing the Eurodrone progress with other defense cooperation programs is allowed only with parliamentary approval, lawmakers wrote.

That requirement affects mostly the other big-ticket programs underway with France, the Future Combat Air System and the Main Ground Combat System. Some lawmakers here fear that political and industrial horse-trading among those efforts could disadvantage Germany.